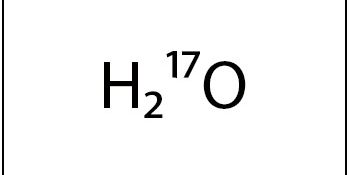 Oxygen which can be found in group 16 (Chalcogen group) in the periodic table is the most abundant chemical element on Earth. Oxygen constitutes 21% of the atmosphere and in addition to that, it is the main component of water, minerals, and various organic molecules. Oxygen is denoted by the symbol O, has the atomic number 8 and its molar mass equals 16 g/mol. Under standard temperature and pressure, oxygen atoms bind to each other to create dioxygen molecule O2  which is a gas without color, smell, and taste. The discovery of oxygen is accredited to Joseph Priestley when he obtained the element by heating a compound known as red oxide of mercury in 1774.

It is difficult to name another element that would play such an important role on Earth as oxygen. It plays a vital role in every oxidative process which happens in all living organisms. Via photosynthesis, oxygen is steadily replenished in the earth’s atmosphere. As for industrial production, oxygen is extracted from the air via the fractional distillation method. Extracted and purified oxygen is stored in cylinders and then used for different purposes such as an oxidizer in metallurgy, in the gas-flame treatment of metals, in the chemical industry in the production of arts, liquid fuels, lubricating oils, acids, ammonia, and ammonia fertilizers, metal peroxides, etc. Pure oxygen is used in oxygen-breathing apparatus on spaceships, submarines, and in medicine.  Liquid oxygen is used as an oxidizer of rocket fuels, during blasting operations. Oxygen’s another allotrope Ozone (O3), which is produced in the upper atmosphere protects Earth from ultraviolet radiation because it strongly absorbs UV radiation. New scientific researches reveal that oxygen can be used for more new applications, from which the most noteworthy are the stable isotopes of oxygen.

Atoms that have the same number of protons but different number of neutrons, hence differ in atomic masses are called isotopes. It is known that oxygen in nature can be in the form of three stable isotopes 16O with the abundance of 99.76%, 17O – 0.04% and 18O – 0.2%. Their mass numbers are 16, 17, and 18, respectively. The nucleus of an atom of the oxygen isotope 16O contains eight protons and eight neutrons, and the isotopes 17O and 18O contain the same number of protons, but different numbers of neutrons – 9, 10, respectively. In addition to those three stable isotopes there are twelve radioactive isotopes of oxygen with mass numbers from 11 to 28, of which the most stable is the isotope 15O with a half-life of 122.24 seconds. The predominance of the lightest 16O isotopes in the mixture is due to the fact that the nucleus of the 16O atom consists of 8 protons and 8 neutrons. An equal number of protons and neutrons determines the high binding energy in the nucleus thus the greatest stability of 16O nuclei compared to the rest.

Despite the low abundance of 17O and 18O oxygen isotopes, they have many applications in science, medicine, and other fields. 18O isotope is the crucial component for Positron Emission Tomography (PET).  Via the proton bombardment of 18O labeled water in cyclotron 18F- ions are formed which is then transformed into Fluorodeoxyglucose(18FDG) using a special 18FDG synthesis device. 18FDG which is a radiotracer is then used in medical imaging such as PET.

Oxygen-17 isotope is the only stable isotope of oxygen with the nuclear spin of 5/2 and therefore it is quadrupolar. It gives wide signals even for the small molecules which helps the scientist to determine the structure of a compound much easier. Considering the fact that oxygen presents in many compounds including biomolecules, chemists substitute oxygen-16 with oxygen-17 isotope and using 17O NMR spectroscopy they can analyze and determine the structure of the molecules as well as to characterize biochemical processes in which this molecule takes part. In addition to that 17-oxygen isotope is widely used for studying catalyst efficiency. Layering transition metal catalyst with oxygen-17 and after reaction analyze them using 17O NMR spectroscopy, scientist can determine the mechanism and the efficiency of that catalyst. Despite all these advantages 17O NMR has some limitations too. Because of its low abundance and hard separation processes, it is very expensive (1200$ for 1g of 17O-water, 17O labelled water (70% 17O). Also, it is not fully applicable for large biomolecules because they give very broad 17O NMR signals.

Nowadays, more and more researches are done to implement oxygen-17 isotope in different field of medicine such as cardiology, neurology. Also, new applications are appearing for 17O isotope in chemistry and materials, biology, medical diagnostics etc. One of this research is about the measurement of Cerebral metabolic rate of oxygen (CMRO2) using 17O gas and 17O magnetic resonance imaging (MRI). The old method for this measurement used oxygen-15 radioisotope which have a half-life of 122 seconds. However, this method is somewhat challenging because of the production of radioisotopes and other issues. Because of these challenges scientist started developing new, more efficient and non-invasive method. Via inhaling measured amount  17O2 gas, 17O signal becomes detectable after mitochondrial metabolization into its water-bound form. Using this feature, CMRO2 can be measured via 17O MRI. The early results showed that patients with cancers, had reduced CMRO2 compared to healthy patients.By advancing this kind of methods, they can become a direct metabolic imaging technique, which will be very useful in different fields of medicine.

CPI Georgia – The only manufacturer of oxygen-17 isotope

CPI Georgia is the only producer of 17O water in the world. Unique products such as 17O Water, enriched with O‑17 higher than 90% is available on CPI’s online shopping platform – Isotopeshop.com