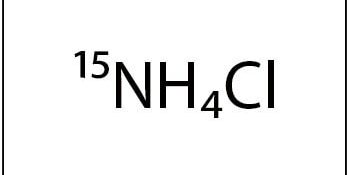 Agrochemical science has found in the isotope method an important tool for studying the most complex phenomena of plant nutrition, the interaction of soil, plants, fertilizers. Radioactive isotopes are successfully used in breeding new varieties and to enhance growth by affecting plants. Currently, two stable isotopes are used in agricultural research: The heavy nitrogen isotope 15N and the conditionally stable potassium isotope 40K (a natural radioisotope with a half-life of 1.2 billion years). The use of stable isotopes 13C, 2H, 36S and others is very limited. The stable isotope of nitrogen 15N has found the most widespread use. The main directions of agrochemical research in which it is used are:

1) Determination of the size of the removal of nitrogen fertilizers and soil by various crops, the nitrogen balance of organic and mineral fertilizers in the soil – plant system.

The problem of optimizing the nitrogen cycle in agriculture remains relevant, despite the significant results achieved in this field of agricultural chemistry. The intensity of nitrogen absorption and inclusion in the production process is determined by the totality of its transformation processes in the soil, biological characteristics of crops and physiological processes occurring in the plant.

The proportion of soil nitrogen in the removal of the element from the crop is usually higher than from fertilizers. The coefficient of nitrogen use of fertilizers by agricultural crops on different soils ranges from 12 to 70%.

On well-cultivated soils, plants receive more nitrogen fertilizers (15NH4Cl) than on poorly cultivated ones. With fractional nitrogen application for grain crops, the coefficient of its use increases by 3-21% compared to a single application.

The nitrogen of fertilizers from 15N labelled Ammonium Chloride unused by plants is fixed in the soil, and is also lost from the root layer.

Nitrogen losses as a result of leaching depend on the granulometric composition of the soil, the dose of fertilizers, the amount of annual precipitation and the nature of their distribution by seasons. Leaching from the root layer during the growing season is 1-4%, in quantitative terms – 0.1 – 2.0 kg/ ha. The greatest losses from leaching are observed on soils with light granulometric composition and low organic matter content. Mineral nitrogen is leached from the soil mainly in the form of nitrates (97-98%).

Gaseous nitrogen losses as a result of volatilization in the field vary according to literature data from 9 to 50% of the applied dose of fertilizers. Nitrogen emission occurs mainly in the form of ammonia, molecular nitrogen and its oxides. A significant portion of nitrogen gas is lost from the soil due to denitrification. The main factors affecting the intensity of denitrification, and, consequently, the loss of molecular nitrogen, are humidity, temperature, aerability and acidity of the soil, the content of labile organic matter, the structure of the microbial community, the amount and forms of mineral nitrogen.

Part of the nitrogen introduced with fertilizers is fixed in the soil profile in forms that are difficult for plants to reach. The fixation of nitrogen mineral compounds occurs as a result of the fixation of NH4+ and NH3 cations by clay minerals, chemical binding by soil organic matter, biological fixation of ammonia and nitrate nitrogen – immobilization. The nitrogen-fixing capacity of soils increases with an increase in the pH level and the content of organic matter. The predominant importance in the fixation of mineral mobile nitrogen belongs to biological immobilization. This is due to the consumption of nitrogen by soil microorganisms and the use of their bodies for the synthesis of protein substances. After the death of microorganisms in the process of decomposition and humification of microbial protein, part of the nitrogen bound in it is included in the composition of newly forming humus substances.

The nitrogen content in the earth’s crust, is 2.3 * 10-2 weight percent, and the total reserves are estimated in tens of billions of tons. The main part of soil nitrogen is in the form of complex high-molecular organic compounds. Some of the nitrogen of the earth’s crust is in the form of non-exchangeable ammonium ions and is retained in the crystal lattice of aluminosilicate minerals.

In soils, simultaneously with the mineralization of organic nitrogen-containing substances, there is a process of transition of mineral nitrogen compounds into organic forms inaccessible to plants. Additionally, the content of mineral nitrogen in the soil decreases as a result of denitrification, which develops under anaerobic conditions. In this case, nitrate nitrogen is reduced by microorganisms to free nitrogen gas, which is lost from the soil. Nitrogen is also lost as a result of leaching of nitrates, especially from light soils, by precipitation and drainage waters.

Studies have established that 35-55% of nitrogen, depending on the form of the applied fertilizer, is absorbed by agricultural crops on sod-podzolic and gray forest soils, 25-45% is fixed in the soil and 0.1% is lost during leaching, which is not essential in the nitrogen balance of heavy loamy soils. With the help of 15N Ammonium chloride (15NH4Cl), the horizontal movement of nitrogen in the soil and its concentration in the root zone were established. Forecasting the effect of nitrogen fertilizers(15-N ammonium chloride) based on agrochemical analysis of soils has not yet yielded tangible results..

The nitrogen supply of plants largely depends on the seasonal dynamics of the processes of ammonification and nitrification, which can cause sharp differences in the supply of crops with this element on the same soil. Therefore, it is not possible to characterize soils by the content of mobile nitrogen based on mass analysis data, as by the content of mobile phosphorus and potassium compounds.

The predominant part of soil nitrogen (95-98%) is found together with carbon in the composition of organic matter. Organic nitrogen in the soil, having sufficient stability, maintains its fertility, remaining inaccessible to plants. In this regard, the German scientist Schultz wrote: “If we do not talk about water, then nitrogen is the most powerful engine in the processes of development, growth and creativity of nature. To catch it, to master it is the task, to save it is the key to the economy, to subdue its source, which beats with inexhaustible energy– is the secret of well-being.”

In agrochemical studies, labeled compounds are used in which the content of 15N such as 15N ammonium chloride (15NH4Cl) is from 10 to 99 at%Depending on the purpose and objectives of the study, a less enriched compound can be obtained from highly enriched salts by adding unlabeled compounds of the same chemical composition. For example, having a salt 15NH4Clwith an enrichment of 15N 50 at%, it is possible to obtain a salt with an enrichment of 25 at%. To do this, take equal weights of labeled and unlabeled salt, dissolve in distilled water, and then gently evaporate and dry or use for experiments in the form of a solution. Salts enriched with a heavy nitrogen isotope are obtained in industrial conditions at special installations.

In experiments, the minimum allowable amount of enrichment of nitrogen fertilizer(15N ammonium Chloride) with the isotope 15N is determined, taking into account the possible dilution of the label due to soil nitrogen or nitrogen of the nutrient solution (in water and sand crops). The dilution of the 15N nitrogen isotope label of fertilizers (N15 ammonium chloride) in plant nitrogen in vegetation and field experiments usually does not exceed 10. In agrochemical studies conducted to determine only the coefficients of the use of nitrogen fertilizers by plants, their initial enrichment of 15N is about 5 at%, to study the peculiarities of the conversion of nitrogen fertilizers (15N ammonium Chloride) in the soil and its balance in the soil-plant system – 10-15 at% in experiments on sod-podzolic soil and 20-30 at% on humus and nitrogen-rich soils.

Labeled 15N nitrogen fertilizers (15N Ammonium chloride salt) of the desired enrichment are introduced into the soil in the doses generally accepted for nitrogen. In vegetation experiments, depending on the culture, it is 100-200 mg/ kg of soil. In field experiments, nitrogen fertilizers labeled with 15N (15N ammonium chloride, 15NH4Cl) are not used on the entire area of the plot (100-200 m2). On the experimental plot, a platform is allocated – a frame made of polyethylene film or a vessel without a bottom with an area of 0.1-0.25 m2 and a height of 30-50 cm is inserted. Labeled fertilizers are applied only to the soil of this microdot or vessel, and ordinary nitrogen fertilizers are applied to the rest of the area in the same dose. For nitrogen content analyses, soil and plants are taken from a vessel, crop accounting is carried out on the remaining part of the plot.

By introducing a 15N-labeled salt (15N-Ammonium chloride) into the medium from which plant roots absorb nutrients, it is possible to trace the movement and accumulation of a heavy nitrogen isotope, i.e. nitrogen of the introduced salt, in various organs and compounds of plants, for example, in grain protein. Using 15N labeled ammonium chloride, it is possible to obtain data on the amount of nitrogen consumption of fertilizers by plants, on the amount of its fixation in the soil and losses due to leaching and volatilization in the form of gases.

Methods for determining the concentration of 15N stable isotope are based on measuring the isotopic composition of the sample under study. They are completely different from those used when using radioactive isotopes; large dilutions cannot be used. However, when working with stable isotopes, special precautions are not required, as when using radioactive isotopes, there are no dangers regarding their influence on biological processes.